Your Browsers Needs a Update

Your browsers is abit old. For better online securtiy and a better experince your best keeping it up to date. Click here for the latest versions. Once your've updated reopen the site to enjoy.

You can request a catalogue to be sent to you by post, to be emailed to you for later use, or to be made available for immediate download.

Germinal Holdings Limited was founded in Belfast, Northern Ireland in 1825.  Since then, the company has spearheaded some of the most groundbreaking work in seed development and has led the way in major contributions to the farming and amenity industries. It is now the largest family owned British and Irish Forage & Amenity Seed Company. 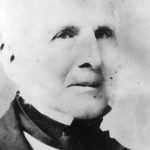 Northern Ireland was the biggest ryegrass seed producer in Europe during this period.

Major investment in production and storage facilities for British Seed Houses at Lincoln.

Germinal acquires a shareholding in the New Zealand based grain and seed business Cates Grain and Seed.

Germinal repositions and launches a new brand identity impacting all communications across the group and to the market.

We use cookies to ensure that we give you the best experience on our website. If you continue to use this site we will assume that you are happy with it.OkPrivacy policy